Reading and Use of English

1 When the meeting was over, they went out for a drink.

2 When we eventually arrived at the party, all the food had been eaten.

3 He put everything back in its place before he left.

4 They decided against·employing him because of his age.

6 This is the funniest book I've ever read. 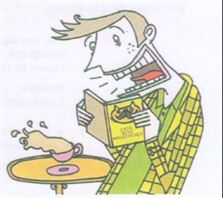 In each short text 1-5, there are two words which should not be there. Find these words and tick the ones which you think they might be extra. The first one has been done for you.

1 At first we weren't sure whether we could afford to go on holiday, but in the end we had felt we ought to spend at least during a week on the coast.

2 I was extremely impressed with the special effects and some part of the action scenes. As for as the acting, though, I felt many amateurs could have done better.

3 Sophie was so much glad after her last exam. 'At the last!' she cried. 'I thought I'd never finish.'

4 When he had came home from work he was made himself a cup of tea and read the newspaper. It had been an exhausting day.

5 I'm really pleased we took to your advice and went to the new Indian restaurant that's just opened. The service was marvellous and it was such a good food.

Complete each gap with one word, the first letter of which has been given. You may need to use the plural form of a word.

2 Penelope Cruz won an Academy Award for Best Actress in a Supporting rfor her part in the 2008 film Vicky Cristina Barcelona.

4 It's a well-written thriller, with convincing characters and a gripping p.

5 One ingredient of a good action film is an exciting and memorable opening s ; some kind of chase involving cars or helicopters, for example.

Reading and Use of English

1 Read the following text, ignoring the gaps for the moment. What is the purpose of the text?

The Storytime School of Storytelling offers a (0) VARIETY of courses to anyone (1) in the ancient art of storytelling. A wide range of people have studied with us, from tour guides to teachers, lawyers to (2) and bankers to business owners.

Their motives for attending our courses vary enormously. They may be keen to develop their (3) as public speakers, learn how to use stories in the classroom, or activate their (4) in a playful environment.

Whatever their reasons, participants usually find the experience extremely (5) , as you can see from the enthusiastic testimonials on our website. Many of these point to the school visits to give (6) to local children as the highlight of their course. Others mention the supportive atmosphere in our school and the quality of the teaching.

Not (7) , many people come back to Storytime again and again. We offer an almost (8) number of courses ranging from Animal tales to Using your voice or Creating your own stories. Why not contact us? We're sure to have a course for you.

2   Read the text again and use the word given in capitals at the end of some of the lines to form a word that fits in the space in the same line. There is an example at the beginning (0). Write your answers IN CAPITAL LETTERS.

1   You have seen this notice on the noticeboard of your school's computer club.

Reviews wanted: Games based on films

Help us to choose games for the club! Write us a review of a computer game you play which is based on a film. Tell us about the game's good and bad points and say whether you would recommend it for the computer club games library.

2 This is part of a letter you have received from your English friend, Tanya.

I'm not sure what to read next; What's the best book you've read recently? Tell me a little bit about the plot {not too much!} and say what you liked about it. if it sounds good, I'll see if i can get a copy in English.

how to write a review about a book